Coming into March, trance fans looking for the next track may need to look no further. Tom Rogers, still coming down from the well-received acclaim from his “Train To Nowhere” single, joins forces with Austin Leeds, whose productions have received release from Bedrock Records to Vandit. The collaboration between the duo lands on the Mike Push Studio imprint. Having garnered praise from Mr. Push himself, the new track appears to show a vast amount of promise.

At 138 BPM, Leeds & Rogers hold nothing back as razor-sharp basslines rip apart the intro of the track. The kick drum stands out with its snare-like qualities, giving a loud and powerful presence. As the climax nears, a man’s howl brings us into the next phase. Soft chords and a sequenced arpeggio pattern transition from a heightened tech slam session into a serene, ocean-submerging breakdown.

“Austin Leeds and Tom Rogers team up with each other to create a masterpiece” – M.I.K.E. PUSH

The breakdown of “Waterbending” is stunningly gorgeous. The feeling it emits could easily be described as breathing underwater; however, that is saying the least. A beautiful synth reverberates through the soundspace, resembling an Orca’s call or the beckoning wail of a deep-sea Siren. As the classic synths fade out, you feel almost weightless; as if you were sinking 30,000 leagues under the sea. A powerful melody greets us at the docks with a high energy that will revitalize the dancefloor. 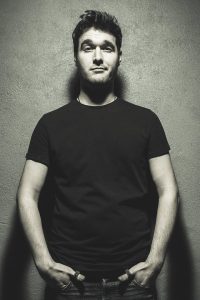 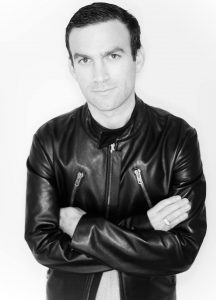 “Waterbending” is a unique take on a style of trance more found in the earlier periods of trance. In combination with some modern 138 trance elements, this track will appropriately fit into any set, while providing a proper standout breakdown. This track delivers everything a trance track should: high energy, and emotional depth. The melodic portion sets the bar high for the rest of 2018, with Rogers & Leeds showing one of the best melodies they’ve ever put out. It will be interesting to see what comes next from the esteemed producers.

If you enjoyed the track, you can purchase “Waterbending” on Beatport HERE. To keep up to date on Austin Leeds & Tom Rogers alike, check out the links below.

Lowland – We’ve Been Here Before