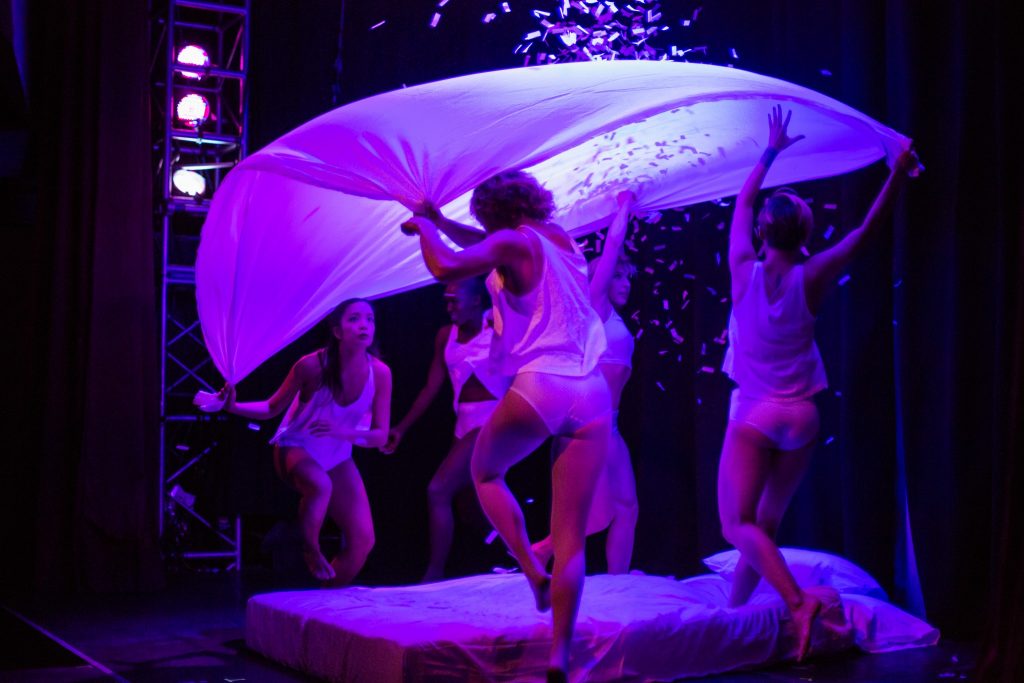 Slumber: A Hideaway Production
at The House of Yes

I’ve spent a lot of years of my life behind the curtain, on the stage, and in the booth, so when I heard House of Yes was taking on its first semi-permanent show, test running for a month, I was nervous excited. So many topics, so much ground to cover. What will it be?

It was great. Before I even get into the inventive choices, the jaw-dropping circus acts, the playful, modern, self-aware dialogue, expertly curated soundtrack, staging and lighting, it was great. If you read no further, it’s worth you giving them dollars, putting your ass in a seat and seeing this. But, how was it great? Let me tell you. 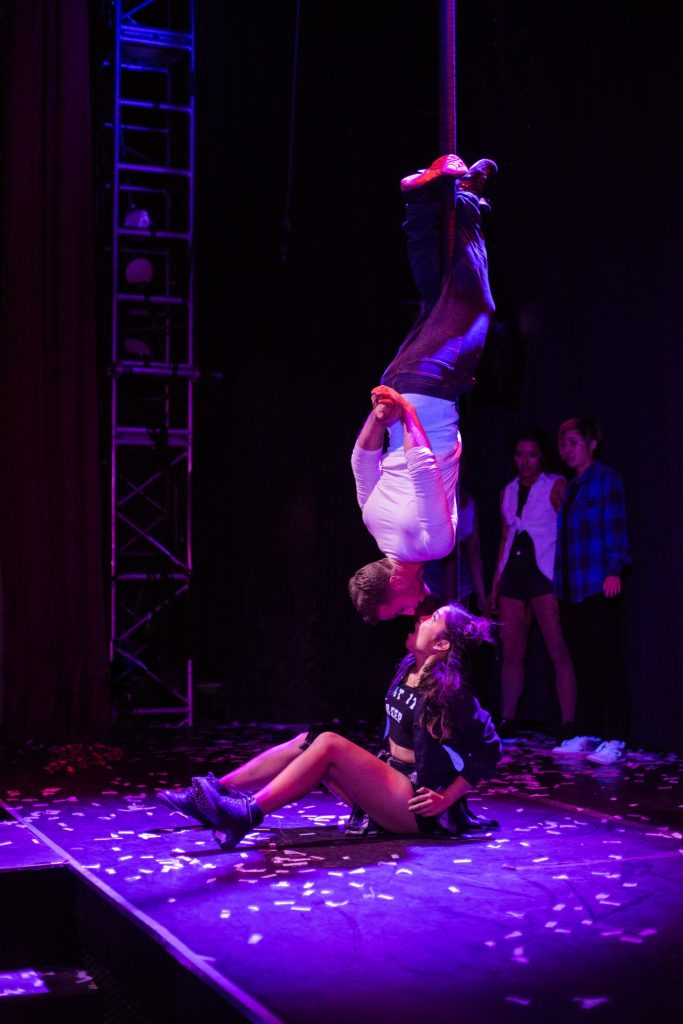 The opening is almost a quiet in-joke surrounding lots of artistic performances we’ve all gone to in various parts of the tri-state area. Interpretive dance & pretty people, but it escalate quickly. The protagonist, played impeccably by Lee Hubilla, identifies herself after defending against the ever present rapey bro in party culture. This sends her on an entertaining journey filled with murder, modern music, smart choreography, audience participation and intense (yo seriously, some of these were head busty as fuck) stunts.

The show moves briskly, with dialogue, performance, cuts and music planned to allow for fluid motion through the entire show, only stopping for intermission & applause. The fact that this is happening without a break at a dance music venue instead of off-Broadway is impressive. While more mainstream critics have been unimpressed with some parts that could be executed more fluidly, I don’t agree with that assessment. There is something very raw to what is being done at House of Yes by Slumber. They’re willing to make mistakes, they’re taking risks, and they should be rewarded for it. The total lack of safety lines in a lot of these performances is terrifying, but they hit their marks every time. Olga’s contortionist routine stunned and wowed the crowd, as did Joren’s Chinese Pole solo. Anya & Melissa remind us that circus performers are the strongest people in the universe, with death defying feats of trapeze almost becoming expected by the end of their routine. Lee as Mabel pulls the audience along her deteriorating situation expertly & humanly. I was delighted to see her be 100% human, authentic and hilarious at times. The smartly written dialogue gives her room to feel out the crowd while she plans her next moves. The subtly rebellious & feminist undercurrent of the show was much needed, featuring a diverse cast of athlete performers. Lisa & Bo help it end on a positive note with their routine, keeping the energy up and priming the audience for a good night. All in all, spectacular work, great premiere effort, and can’t wait to see how Hideaway & House of Yes top this. Get tickets here before it’s too late.

(Photos thanks to John Dolan via Matt Ross PR)

Preview: NYE 2016 in Brooklyn with Justice, Gesaffelstein, Bob Moses, and With You