Very few duos in electronic music can stand the test of time in the fast-paced world of the dance industry. Cosmic Gate have not only earned their place in the limelight, but have also become just as relevant in today’s scene as compared to their breakthrough many years ago. Eclectic in sound, Cosmic Gate has shown diversity in their production range, spawning timeless classics such as “Exploration of Space,” “Fire Wire,” “Be Your Sound“, and many more. They began with their hard trance sound during the 90’s, and have naturally evolved into their current progressive sound. The group, comprised of Nic Chagall and Bossi, remain a staple in the trance community. After establishing Wake Your Mind Records, producing the Wake Your Mind mix compilation series, and releasing the successful double album, Materia Chapters 1 & 2, Cosmic Gate are just as busy as they were in their heyday.

Yet, as busy as they can be, Cosmic Gate always find the time to make it to Miami Music Week. This year, not only did they hold their annual Cosmic Gate & Friends Cruise, they also played their own rooftop show at the W hotel in South Beach. While Chagall was unable to make our interview due to his flight being cancelled after a snowstorm, Bossi was more than willing to discuss the past, present, and future of Cosmic Gate. During perhaps one of the biggest music week events the US has to offer, we sat down and had a chat about music, the industry, Ultra, & more.

Welcome to Miami! The sun is shining, there’s tons of girls everywhere, how are you going to spend your day?

Bossi: In all honesty, I went to a party last night. The first opening night, Coldharbour Recordings with Markus Schulz and his crew and our label Blackhole Recordings collaborated. I had a good time and I got up early still and went for a nice jog by the water. I’m doing some interviews and later on I’m gonna go enjoy some music with Luciano playing some techno.

Alright! Techno in Miami, that’s a good mix! So you have two shows this week. Is there anything about them that you have planned that are exciting about them?

Bossi: Well when it comes to shows and planning, we don’t think it really goes together well because every show is different, every crowd is different, every set-up is different, and the personal mood is different. So to prepare music or something in a specific order doesn’t really make sense. What we can do is like maybe find one or two classics to play or we were thinking of maybe dropping a track that we were working on in the studio but we’re not sure if it’s there yet.

Things like that, absolutely. But for the rest, we freestyle and see how the crowd feels, how we feel, and then we just take it. We have the Materia album; we have the wake your mind sessions with a lot of tracks and we sure want to play unreleased music that we only have. So we’re gonna drop these tracks. Long sets. 3 hours on our cruise, which is always fantastic, and same at the W. We’re gonna play at least 2 and 1/2 hours. Long sets, we always enjoy that. We’re looking forward to it.

So you mentioned the Cruise and that’s been going on like a really long time. How exactly does the production for that go?

Bossi: Well, we have a promoter that runs the whole thing for us. We’re not in Miami. But basically the special thing about the cruise is that people from all around the world come to Miami for the week. And it’s basically the who’s who of fans. The biggest Cosmic Gate fans that are here come to the boat. So it feels like everyone knows every single lyric of the bigger tracks. It’s a very warm and familiar special event for Nick and me of which we are looking forward to every year. 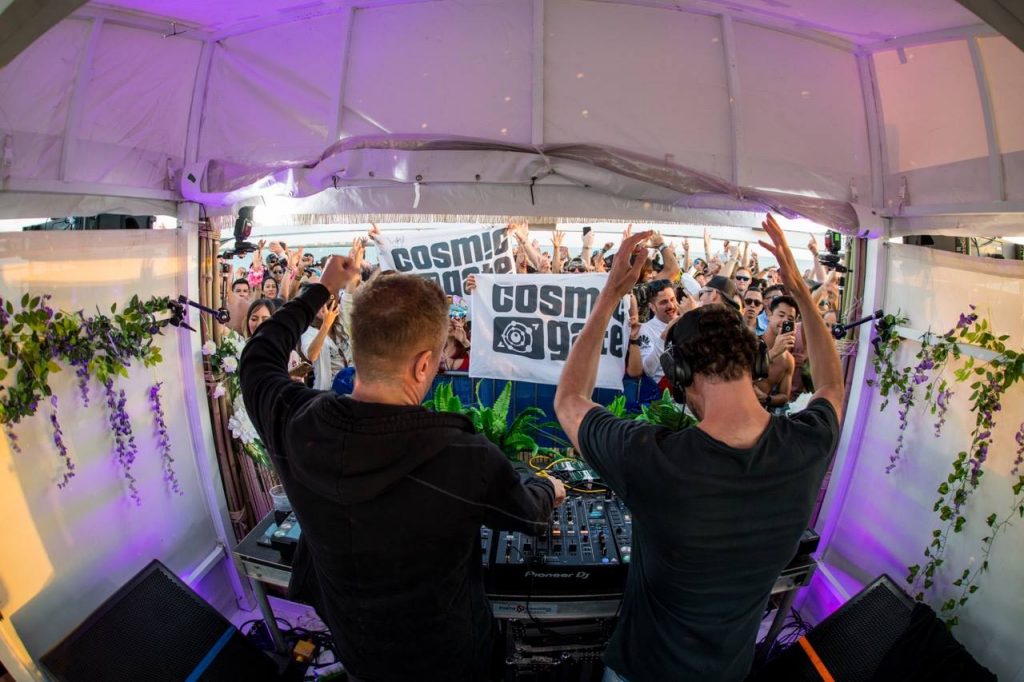 Throughout the years, you guys have made a lot of hits and a lot of singles. When you typically play a show, you do you guys mediate a ratio between classics and lesser known tracks?

Bossi: That’s a good question. “Hey why didn’t you play this track or that track?” We wrote hundreds of tracks and we can play thirty in 2 hours max. How can we not miss out playing some tracks? We try to do our best to play the tracks that right now are the biggest for the majority of the tracks and our own feel and then some track that we haven’t played for a while, maybe we put it back in our set but then another falls out. It’s a bit of a curse to have a big catalog of tracks and remixes. You disappoint some fans by not playing some tracks or remixes but you have to. We can play maybe two hours and play just  songs of ours which is great but a curse when It comes to short sets.

I bet Club Space would get you for 24 hours, if you’d like.

Bossi: I’m not sure if that works for our type of music [laughs].

So you guys recently put out the Wake Your Mind sessions 3 compilation. How exactly do you go about picking out the tracks for that?

Bossi: Yeah, that’s actually pretty much a process. So we reach out to colleagues, DJs, producers 4 or 5 months before the release date. It was just released now so we reached out in, say, November. And then you collect the tracks, and then you listen your way through 500 maybe 1000 tracks.

There is a no folder; there is a maybe folder, and a yes folder. I think we have 32 tracks on it, maybe pick these 32 out of a box of 60-70. That’s called ‘clearing’ from the record company so you can use them. And then you start the mixing. Some track that you are sure is on, you might not even get it in the mix at the right place, the right moment or it just doesn’t fit anything around it. You like the track, still it’s not on. It’s really a process eliminating from 500 to 32. In the end it’s a lot of work for us, for the record company, for receiving permissions from all these companies. It’s quite a process for only a mix album on our end. 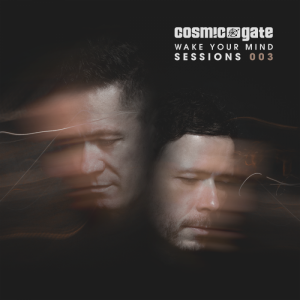 But the DJ makes it work, right?

When you guys initially started your career, you guys started remixing a lot of artists that you wouldn’t normally expect Cosmic Gate to remix. Recently, it’s come out that you have an eclectic amount of remixes from guys like Alex Di Stefano, to Sunny Lax. Do you guys approve the remixers?

Bossi: Actually, for 90%, when we ask guys to remix our songs, it’s mainly guys that we think would just do a good job in their specific kind of style. Alex Di Stefano, when we picked him he was just somewhere in the middle of trance, tech trance and he had his own style. We digged it. By that time it was just on point and what he did was a fantastic remix for us. Now he plays faster and very techy and right now we probably wouldn’t have picked him. What we play in our sets. We want a remix to work in our sets. We want to present something fresh, and not something totally obvious. Alex Di Stefano, yes. We like to get the fresh kids. Just do a good job. And they did fortunately.

If you were given an opportunity to collaborate with any of the guys you ended up working alongside in the 90’s, for instance, I know you collaborated with Ferry Corsten recently, and even Markus Schulz, who is in the building somewhere too. Who would you exactly chose?

Bossi: In the end, collaborations sometimes one is two but sometimes you feel like you work with someone and it’s very easy and it never happens and then other people come and ask you “how is this gonna sound?’ but then its “hey I like you!”. Basically all of the people we work with we have a bit of a personal relationship with. It’s easier working when its someone coming with a big name, but you don’t know that person. Same with our management or our booking agents, we like to have a bit of a familiar kind of working atmosphere. We just click better with something. Ferry, Markus, all these guys, we’re always hanging out on tour. Who’s gonna be added to that group in the future? Let’s find out. We never like to talk about it before it’s really confirmed. There’s something in the making.

So you were mentioning it to us prior, were there any good parties you were interested in checking out this week?

Bossi: Besides playing trance, we love progressive, deep house… Well Hyte tonight would be a good one. It’ll be crazy on the terrace. There are so many good techno parties going on. We might sneak into Ultra for any hour or two and look around. I’m staying in Brickell so I see how things develop day by day at sound check sometimes. So, overall there’s excitement for the whole thing. If you just go on the app, its overwhelming the amount of talent and cool parties. I had the feeling a few years ago that it brought a little less. Such a spectacular amount of great talent from every genre basically, so that it’s like “hey, I have to come to Miami.” I have the feeling that’s really happening again.

Before we go, is there anything you would like to talk about the future of Cosmic Gate? Any exclusives?

Bossi: Well for the future, 20 years of Cosmic Gate are pretty much ahead, so something is gonna happen there. Not mentioning anything yet. Of course we’re gonna celebrate 20 years. We’ll speak about it pretty soon.

To stay updated on all announcements for the duo, you can follow Cosmic Gate by visiting the links below.

Airwave – In The Mix 007 – Progressive Sessions